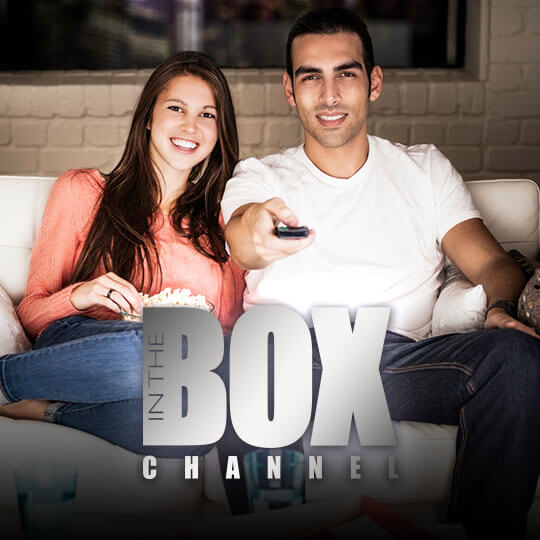 Nothing but the best!

Box channel is 24/7 premium channel offering one of a kind cinematic TV experience, award-winning TV series satisfying every need and every niche.

It is also offering top-rated blockbusters with more excitement, adrenaline and action. 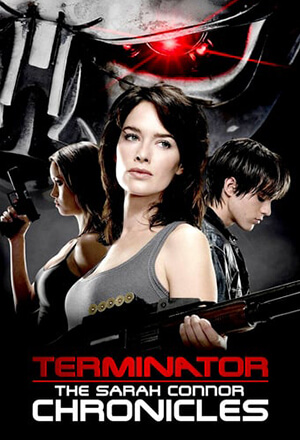 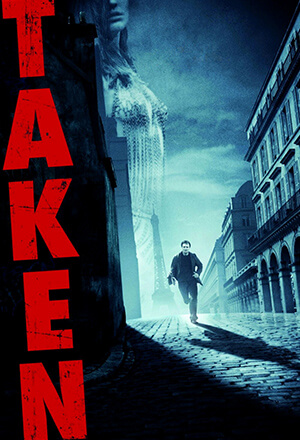 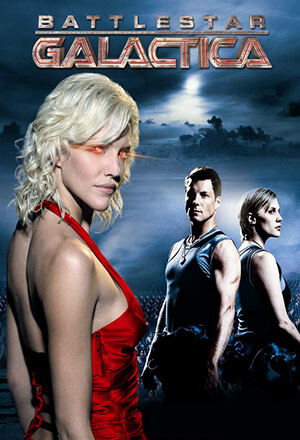 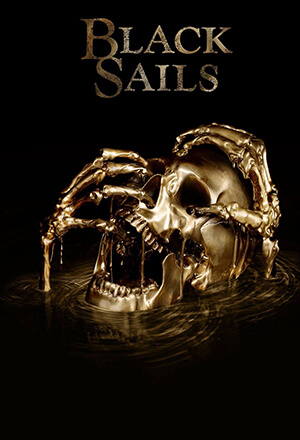 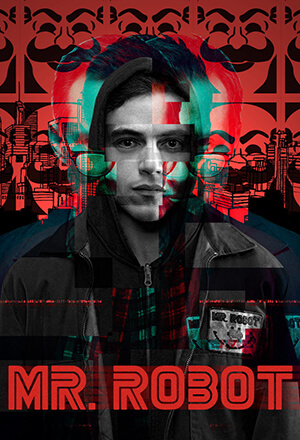 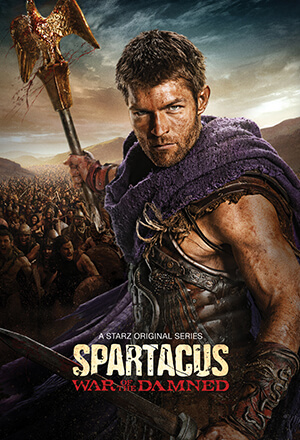 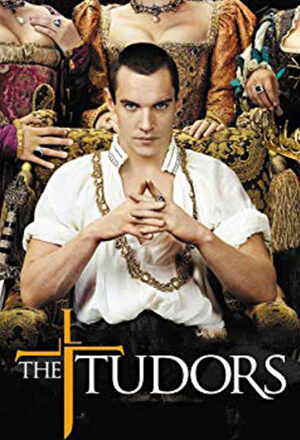 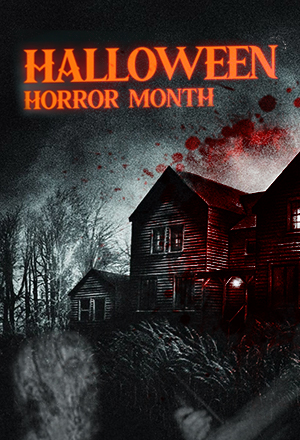 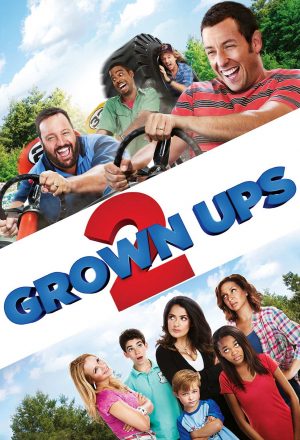 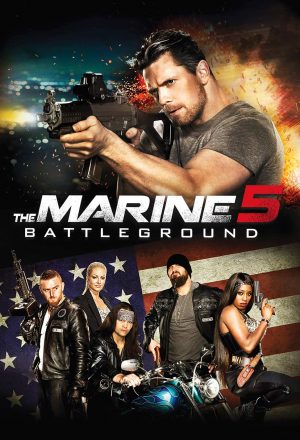 After the sacrifices of Dr.Miles Dyson and T-800 Model 101 Terminator, the Connors find themselves once again being stalked by Skynet’s agents from the future. Realizing their nightmare isn’t over, they decide to stop running and focus on preventing the birth of Skynet. With the aid of Cameron Phillips, a beautiful girl who has a mysterious past also linked to the future; Derek Reese, a Tech-Com soldier from the future whose past is linked with the Connors; Riley, a beautiful schoolfriend of John; and FBI Agent James Ellison, who was assigned to capture the Connors but joins them after his own encounter with one of the machines. They begin a quest to stop the United States military and a shadowy conspiracy from the future from creating the program that will stop at nothing to bring humanity to an end.

The series follows a former Green Beret, Bryan Mills, as he deals with a personal tragedy that shakes his world. As he fights to overcome the incident and exact revenge, Mills is pulled into a career as a deadly CIA operative, a job that awakens his very particular, and very dangerous, set of skills

The second war against the Cylons is over, and The Twelve Colonies have been destroyed. Now Commander Adama of the Battlestar Galatica and President Laura Roslin lead a ragtag fleet of refugees in a supposed search for the fabled lost thirteenth colony, Earth. However, the dangers they face are many, which compound an already difficult situation. In addition to the Cylons hunting and attacking the fleet in space and their infiltrator units carrying out sabotage–even as their former unwitting pawn, Gaius Baltar, helps in the hunt for them while hiding both his own guilt and the strange presence that haunts his every thought–the fleet also faces internal political conflict in which the rabble-rousing figure Tom Zarek is merely the loudest dissenting voice, not to mention recurring shortages of food, water, and even oxygen. In the midst of these trials, however, clues begin to appear to suggest that Adama’s bluff about finding Earth might hold more truth than anyone could have guessed.

A prequel to the (fictional) events of Robert Louis Stevenson’s “Treasure Island”. The series centres on a group of pirates operating out of Nassau in the Bahamas. We meet characters from history – Captain Charles Vane, Governor Woodes Rogers, Jack Rackham and Anne Bonny – plus characters from fiction – Captain Flint and, of course, Long John Silver.

Elliot is a brilliant introverted young programmer who works as a cyber-security engineer by day and vigilante hacker by night. He also happens to be suffering from a strange condition similar to schizophrenia which he futilely tries to keep under control by regularly taking both legal and illegal drugs and visiting his therapist. When a strange feisty young woman named Darlene and a secretive middle-aged man calling himself Mr. Robot, who claims to be the mysterious leader of an underground hacking group known as F-Society, offer Elliot a chance to take his vigilantism to the next level and help them take down E-Corp, the corrupt multi-national financial company that Elliot works for and likes to call Evil Corp, Elliot finds himself at the crossroads. Mr.Robot, who has personal reasons for wanting to take down E-Corp, also reveals that he already has one ally, an even more mysterious, secretive and highly dangerous shadowy hacking group known only as Dark Army. Meanwhile, Elliot’s …

The inspiration behind this series is the Thracian Gladiator Spartacus, who led a slave uprising against the Roman Republic. The Thracians had been persuaded by Claudius Glaber to serve as auxiliaries in the Roman legions in a campaign against the Getae, who had often plundered Thracian lands. However after Glaber reneges on the deal and switches his attention from the Getae to attack Mithridates in Asia Minor, the Thracians feel betrayed and mutiny. Captured by Glaber, Spartacus is condemned to death as a Gladiator, whilst his wife Sura is condemned to slavery. Spartacus, however, proves to be a formidable gladiator and defeats the four gladiators tasked with executing him. He becomes a favourite of the crowd, leading Senator Albinius to commute his death sentence to a life of slavery. Spartacus is purchased by Batiatus for gladiator training, who promises to help him find Sura if he proves himself in training. As the series develops, the story follows the betrayals and machinations…

This costume drama features England’s splendid Renaissance dynasty under King Henry VIII. Beginning in Season 1 when Henry VIII was growing desperate for an heir and growing distant from his first wife, the series moves quickly to the period when Anne Boleyn became his obsession. During this time Cardinal Wolsey rose to become the power behind his throne, ruling ruthlessly and nearly absolutely while Henry (played by Johnathon Rhys Meyers) for the most part followed the Cardinal’s advice, manoeuvring through a series of betrayals and plots against him. When Anne Boleyn plays much harder to get than any woman ever has, Henry begins to search for a way out of his marriage to Catherine of Aragon, so that he can make Anne his wife. Needing a divorce, Henry turns to Wolsey, who promises to help him create waves of backlash from the church, as well as the Spanish Habsburg dynasty and its overseas empire. Against this background gyrate the private lives and political intrigues of several …

Best Halloween movies on BOX movie 1! Don’t miss horror movies night on the 31st of October: Halloween 2, Orphan, The Last House on the left and Quarantine.

After having the greatest time of his life three summers ago, Lenny (Adam Sandler), decides he wants to move his family back to his hometown and have them grow up with his gang of childhood friends and their kids. But between old bullies, new bullies, schizophrenic bus drivers, drunk cops on skis, psycho grade school girlfriends and 400 costumed party crashes he finds out that sometimes crazy follows you.

While working as an EMT back stateside Jake Carter after responding to a distress call, finds himself caught up protecting a person of interest from a biker gang ruthlessly hunting them down. 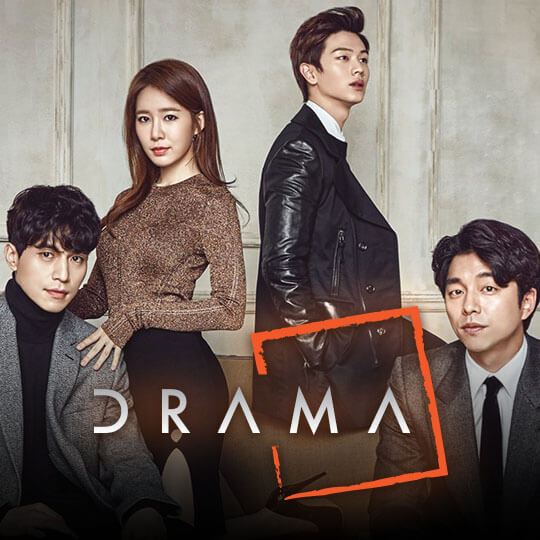 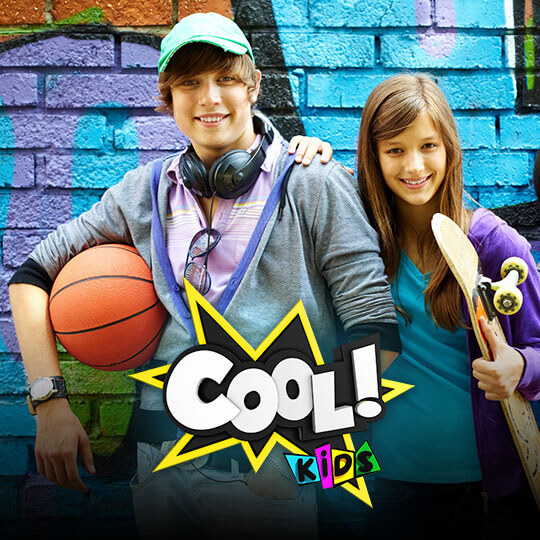 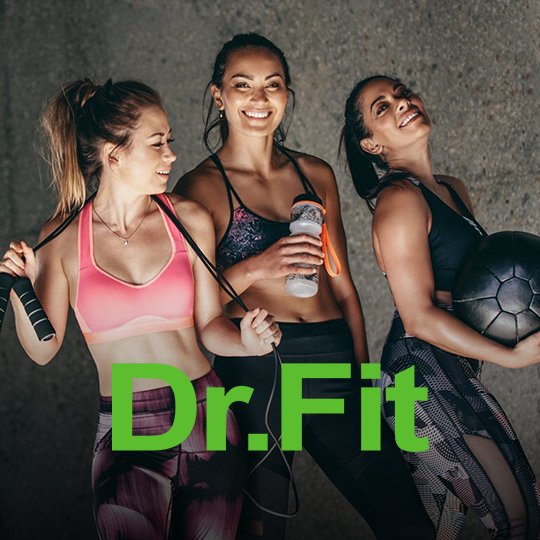 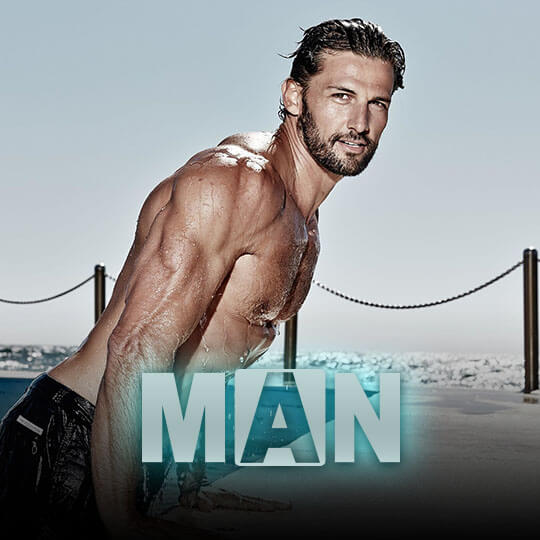 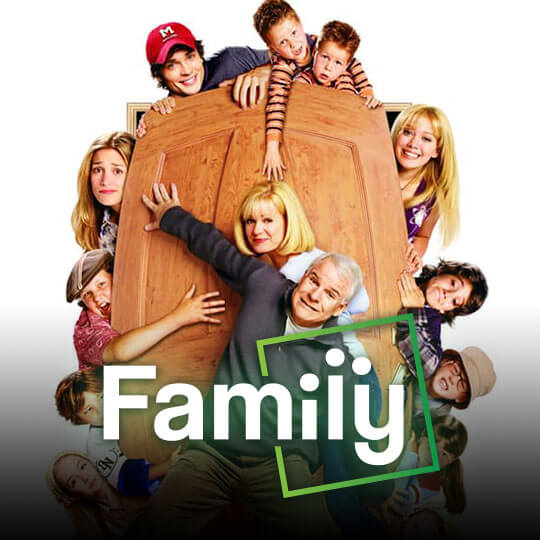 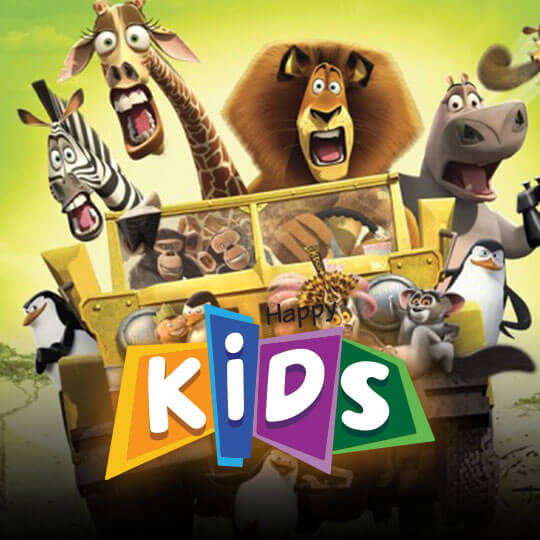 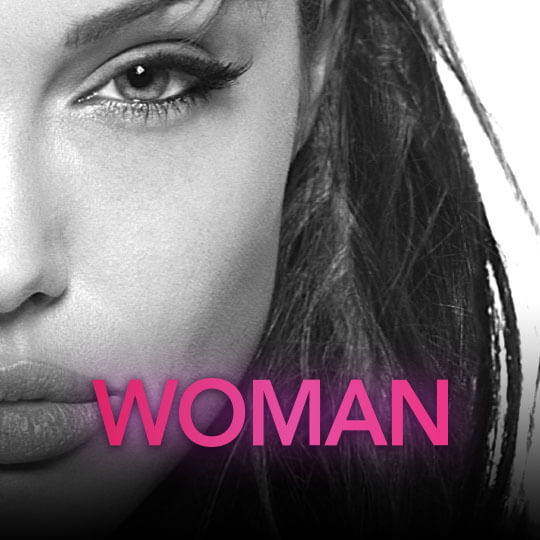 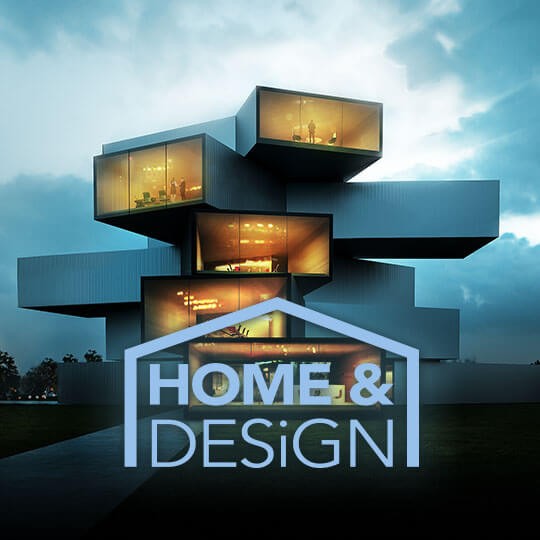 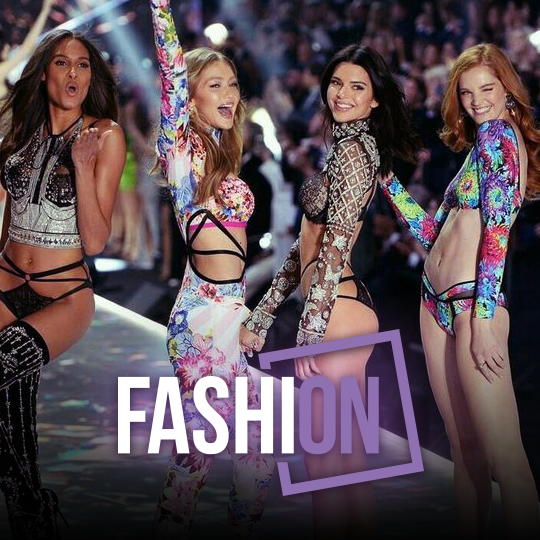 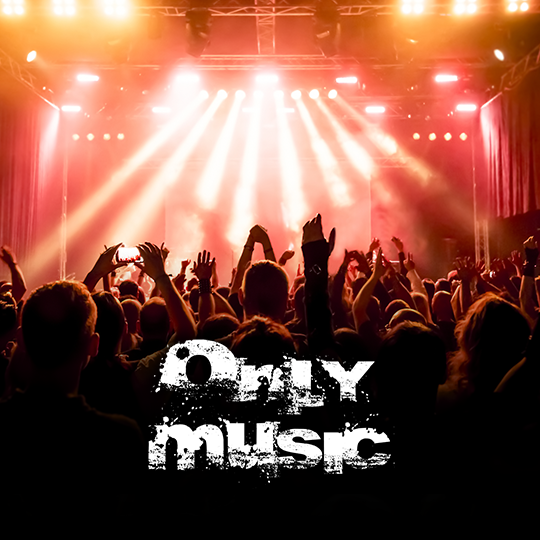 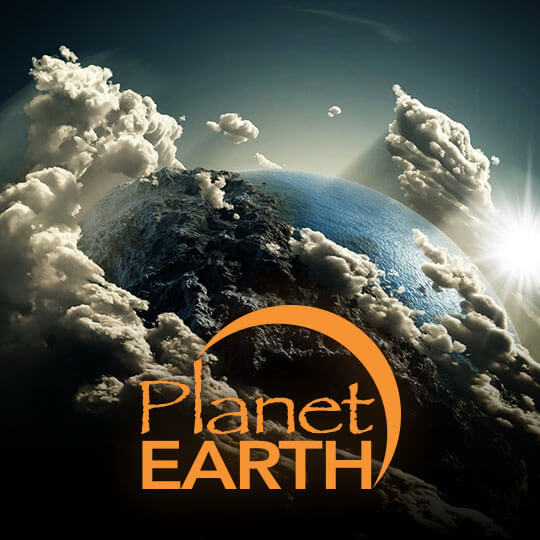 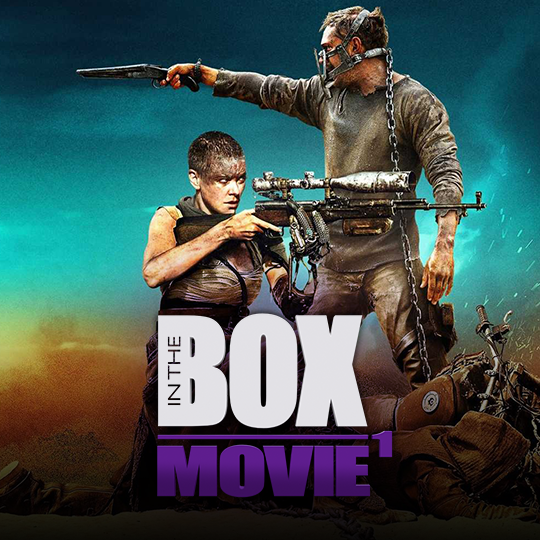 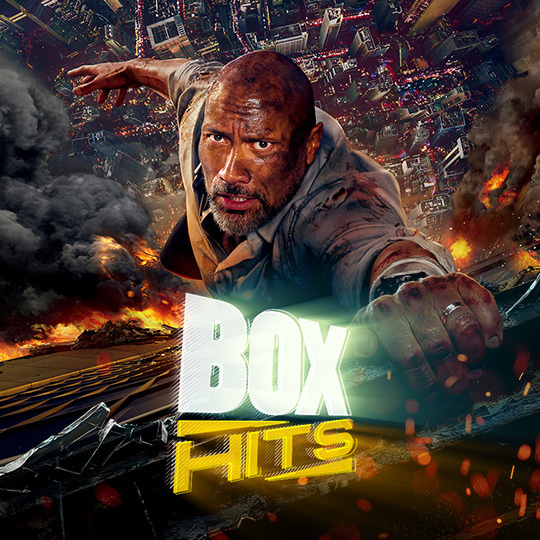 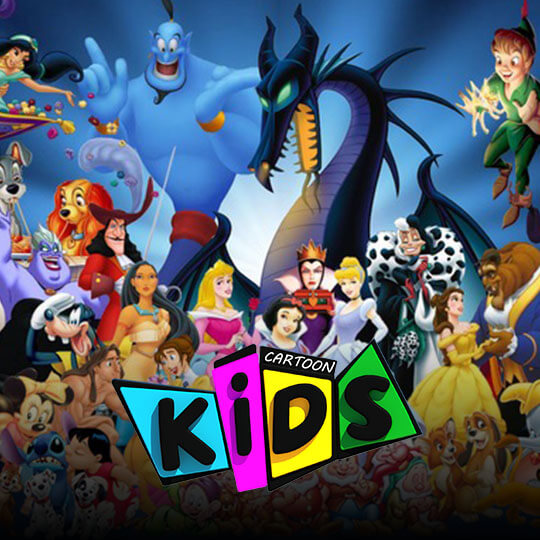